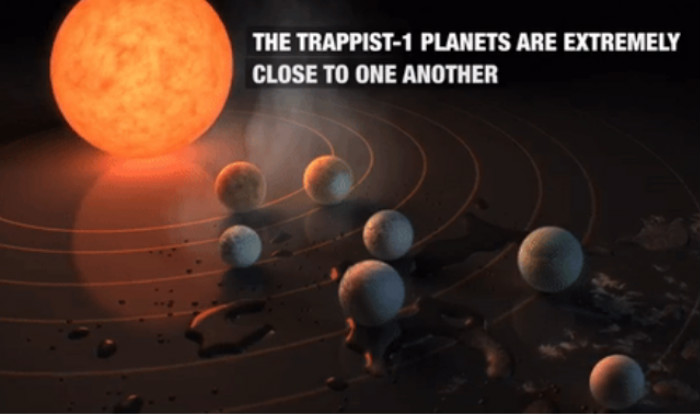 Washington, USA: Astrological scientists in the US in partnership with other scientists across the world have discovered seven other planets the same size as planet earth revolving around a star, similar to how the Earth is revolving around the Sun.

The scientists from America, Britain and Belgium have highlighted that the seven planets discovered revolve around a star known as Trapist One.

However, the scientists insisted that due to the current technology it will take thousands of years to access them.

According to online publication BBC, on Wedenesday during a press conference Thomas Zurbuchen, one of the scientists at the National Aeronautical and Space Administration (NASA) based in Washington DC, said it is a great discovery and answers numerous scientific oriented questions.

“The discovery gives us great tips of exploring the “2nd earth.” Scientists believe that in every star there is a possibility of a single planet.” Zurbuchen said.

Scientists have explained the discovery as a great achievement opening a new chapter in the science of the universe.

But one frequently asked questions among scientists is “When shall they reach these planets?”

One of the scientists, Cambridge astronomer Dr Amaury Triaud said they have the right target to start the search for life.

“Within the next decade we could know if we are alone in the universe. And that is quite incredible.” Said Dr. Triaud.

Scientists believe all seven planets could have liquid water; key to life ,under the right atmospheric conditions, but the chances are highest with the three in the habitable zones.

National Aeronautical and Space Administration is located in Washington DC and exercises management over space and research centers accross the globe.