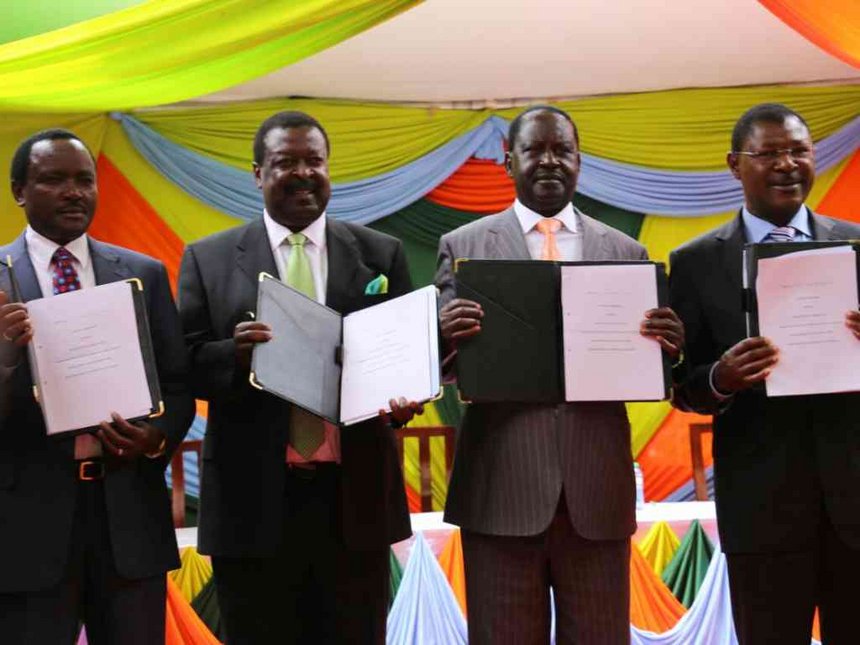 Nairobi, KENYA: The national super alliance Coalition has dispelled claims that the the agreement signed on Wednesday is a formula for sharing power and dishing out positions.

In a press statement, the coalition indicated that it is indeed a formula for solving the many problems the country is facing.

“This is not a formula for sharing power and dishing out positions. This is a formula for solving the many problems our country is facing. This is our formula for putting honesty at the centre of the management of public affairs. “The statement read .

“This is our roadmap for returning hope and happiness to our land.
It is our plan for a firm, fair, committed and caring leadership.”It added

The statement indicated that the coalition will uphold, guard and respect the dignity of all individuals and communities, and vowed that it will return the country to the path of constitutional and democratic development and end the culture of impunity by restoring sanity in the management of the economy and public affairs.

The coalition said that it will initiate national reconciliation and healing to iron out the past injustices .

The coalition will also made it clear that it will realize equality of women, youth, persons with disabilities, and the disadvantaged communities and groups .

It reiterated that it will push for realization of devolution and fighting corruption in the country if it gets power come 2017 August polls.

Upon the completion of the technical committee report ,the coalition is scheduled to hold a rally in Eldoret on Saturday.