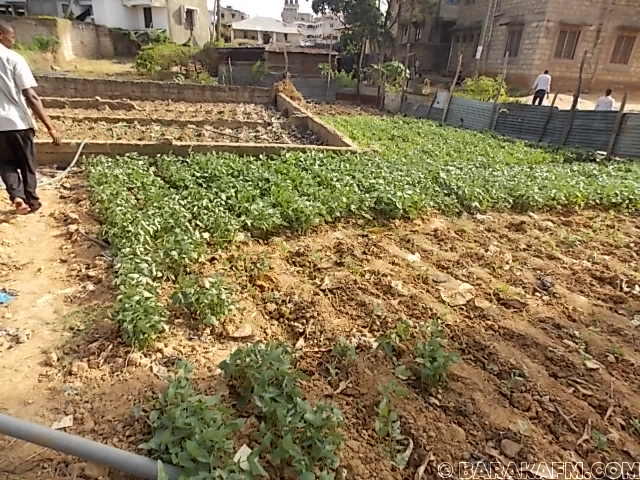 Mombasa,KENYA: Every early morning, Kamwana, 23, wakes up to head to his farm situated in Mikindani, Mombasa. He straddles between storey buildings commonly known as “flats” to reach his farm situated a few meters away from his father’s house.

His daily activities include cultivating his volleyball size vegetable farm where he mostly grows Mkunde (legume). For him, being at the farm to tend for his crops before it becomes hot in the day is a fulfilling job.

In Mombasa where it hardly rains, his crops are healthy and green. This he achieves by irrigating his crops from a borehole he sunk on the farm.

Kamwana’s farm-situated within a middle class estate donning flats- stands out. It is very rare to find a farm or garden in the midst of storey buildings where real estate sector is booming as demands for houses skyrocket due to population increase. As the trend continues, land for cultivation become even scarce.

However, his farm is the most sought after for fresh produce in the area. Local mama mboga’s( vegetables vendors) flock his farm to buy vegetables to sell. He is among the local suppliers of fresh vegetables in the area selling his surplus to his neighbors. 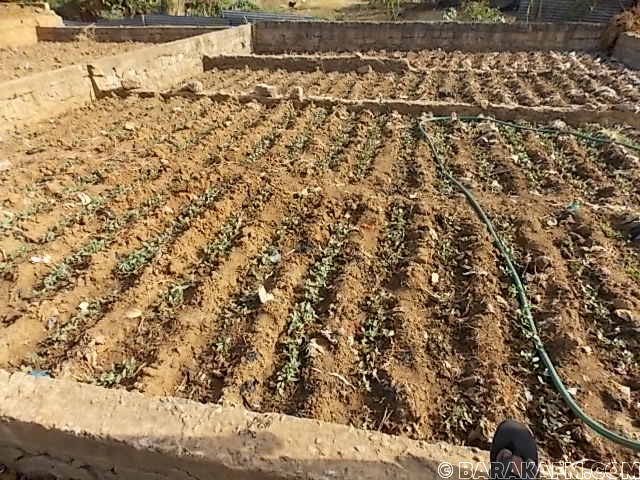 PHOTO: Rows of legumes planted inside an unfinished building

He says he decided to grow vegetables for his own family needs and for making some small income. He got the land from his father, who had started building a rental house but stalled because of money. Kamwana decided to make use of the land until his father could manage to Finnish his project.

“ My father begun constructing on this land. However, he ran out of cash. The land was idle for a long time so i decided to grow vegetables”, he said.

His farm also consists of sukuma wiki (kales) and tomatoes, which have come in handy in ensuring a balanced diet for his family and their neighbors.

He says subsistence farming has not only improved his family’s health and income but has also made him realize the importance of farming. 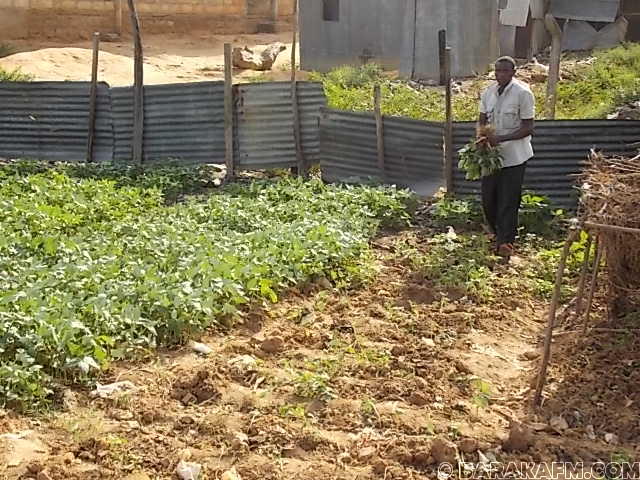 According to Food and Agriculture Organization of the United Nations-FAO-, Agriculture is the most labor intensive of all economic activities. It provides, directly and indirectly, a source of livelihoods for rural households totaling 2.5 billion people.

Kamwana says he is thinking about renting more idle land in the area and other estates to continue his project of cultivating vegetables.

According to the World Food program, here in Kenya, the people most vulnerable to food insecurity live in urban informal settlements and in the arid and semi-arid regions that make up 80 percent of the country’s land area.