Nairobi, KENYA: The National Police Service has released the names of 7 terror suspects believed to be operating between Kenya and Somalia who are suspected to have been involved in a number of terror attacks in the Northern region particularly in Mandera County.

Inspector General of Police Joseph Boinnet in a statement released on Wednesday, said that a reward of sh. 2 million is being offered for those who will be able to provide information that will lead to arrest of Abdullahi Issack Diyat aka Ubeyd, Ahmed Maalim Bashir, Sharif Sheikh Arab, Andikadir Haret Mohamed Yusuf Kuno, Ahmed Mahat Mohammed aka Jerry, Idriss Ismael Issack and Mohammed (full name not known). 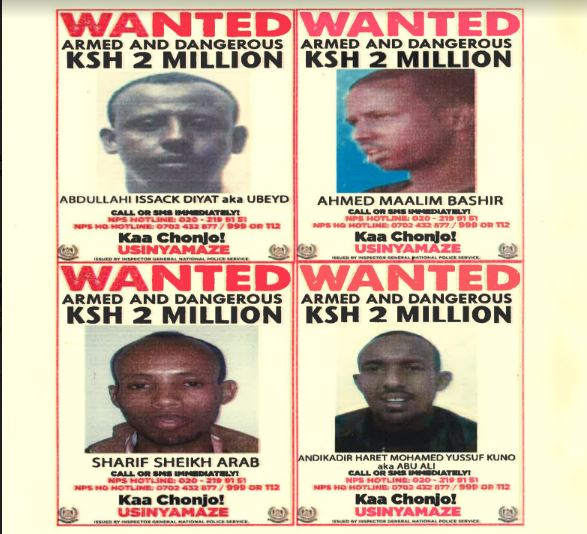 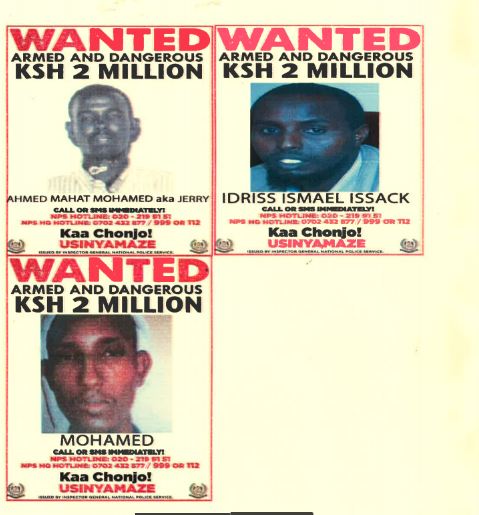 “We believe they were instrumental in planning and execution of the attacks at Bisharo Lodge in October 2016, Jabane Hotel in January 2017, and Arabia Police camp in February 2017,” said Mr. Boinett.

He further advised on Kenyans reporting any suspicious persons or activity to the nearest police station.

“Threat of terror remains high but security agencies have taken preventive and precautionary measures against such threats,” he advised.