Female genital mutilation (FGM) refers to all procedures involving partial or total removal of the female external genitalia or other injury to the female genital organs for non-medical reasons.

FGM causes severe bleeding and health issues including cysts, infections, infertility as well as complications in childbirth and increased risk of newborn deaths. Is this what we want for our girls/women? This practice is seen in most African countries, Kenya included.

FGM is really important in some on the tribes in Kenya making it quite difficult to influence behavior change. For example the Maasai believe that if a young girl does not go through the cut, she is not worthy of being called a woman and she is unfit for marriage or authority in the community.

In as much as Kenya banned FGM in 2011, the practice has since continued. Culture in Kenya is very significant in every community therefore eradicating some of the practices that endanger human life such as FGM has brought a lot of debate.

Not so long ago, Maasai women promised to strip naked if they will not be allowed to practice FGM. You may see this as funny but to those women, FGM is a practice they have known since time immemorial. Anyone who would want to tamper with that routine is an enemy.

Behavior change is not easy; it takes weeks, months or even years especially when dealing with culture. Other rites of passage have been introduced in the communities such as love and acceptance whereby religious leaders in the community are used to spear head the change. The leaders promise that the women will not undergo the cut and they shall be married too.

This is done in a ceremony, goats are slaughtered, songs are sung and people are happy. Leaders of these communities are very important in bringing change. After the ceremony, the girls are later taught about womanhood, safe sexuality and are also reminded that FGM is not right. The “cutters” are also involved in bringing the change.

As the world marks International Day of Zero Tolerance for FGM , it is important to realize that young girls and women are very important. They have rights too and they should be protected. FGM is wrong and it doesn’t have to be practiced to show a rite of passage. #StopTheCut 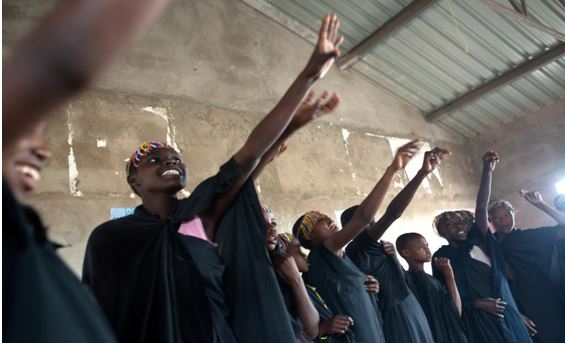 International Day of Zero Tolerance for FGM is marked every 6th of February. This year’s Theme is : “Building a solid and interactive bridge between Africa and the world to accelerate ending FGM by 2030.”