After  trending online for having annulled her marriage hours after getting hitched to Isaack Bukasa a.aka Izzo,  gospel singer Eunice Njeri revealed to Baraka FM the reasons as to why she made the decision.

Speaking  to Baraka FM through a phone call during the Tulizo show with Rehema Gambo on Wednesday, she said there was a lot that happened leading her to ditch Isaac.

“Isaac and I did go to the altar to get married, but at the end of that day I realized one thing could not do it because my heart and faith was not prepared to accept my marriage. I had many reasons why I had to ditch Isaac on the alter but I cannot say in the public and I do not want to tarnish anybody’s name and I came to terms with him in order to have peace with him and the people whom I love . I immediately left for Kenya and have been serving God the best way. The marriage was annulled and there was no papers that were signed.” Said Eunice.

Two months ago, the famous gospel singer said I do to her then Fiancee Isaack at a wedding held in Neema Gospel church, Texas. 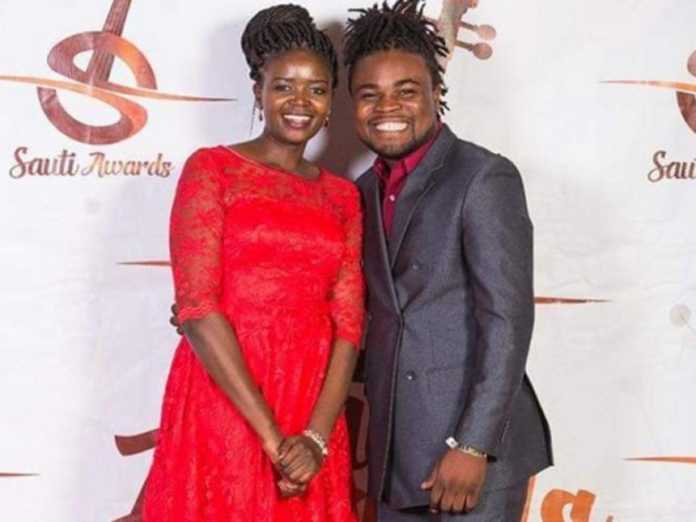 The singer later on took to social media to announce that her marriage was over.

“On the 27th Nov 2016, Isaac and I did go to the altar to get married, but at the end of that day I realized one thing,i couldn’t do it my heart was somewhere else,

“Probably in Africa doing what I do best, am still trying to figure that out. I immediately left for Kenya and have been serving God the best way I know how,

To all who supported Isaac and i am grateful may God bless you immensely. To all who were hurt in the process I apologize. The marriage was annulled (like it never happened). No papers were signed,

“Afterwards and we both made a decision to go our separate ways. I hope for your support and help as we move on. Like every other relationship we hit a rock, maybe a little too early but have since overcome,

“Consequently, we have decided to go our separate ways and hope for the very best. God bless you,” wrote Njeri.

According to her, during the phone conversation with Rehema, she said that it did not work with Issac as her faith did not acknowledge him as the  husband at the altar and the same day they had the ceremony is the day which she came back to Kenya.