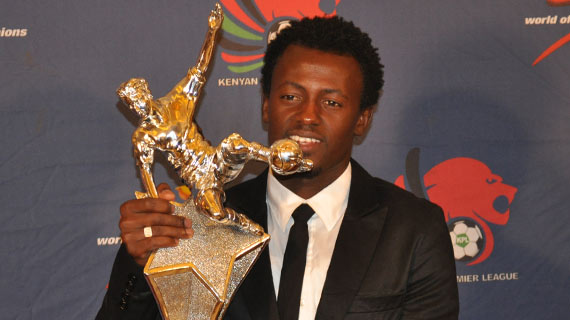 Nairobi,KENYA:Kenya Premier League giants AFC Leopards have completed the signing of midfielder Kevin Kimani on a one year contract.

Kimani who was named KPL player of the year for 2011 joins the den as a free agent after terminating his contract with South African outfit Jomo Cosmos FC.

The former Mathare United ace switched to Cosmos in 2016 from local champions Tusker but has made a return without even kicking a ball in South Africa due to unhealthy relationship with the club’s hierarchy.

Kimani become the 14th signing at AFC Leopards in this January transfer window which closes down on Tuesday midnight.

Elsewhere Bandari FC winger David King’atua is reported to be on his way out with sources privy to the move indicating a deal is in the offing for the Thika United graduate.

It believed King’atua has already penned a one year renewable contract with Swedish club Oskarshamns AIK, and that he will leave the country on 3rd January to seal the transfer.