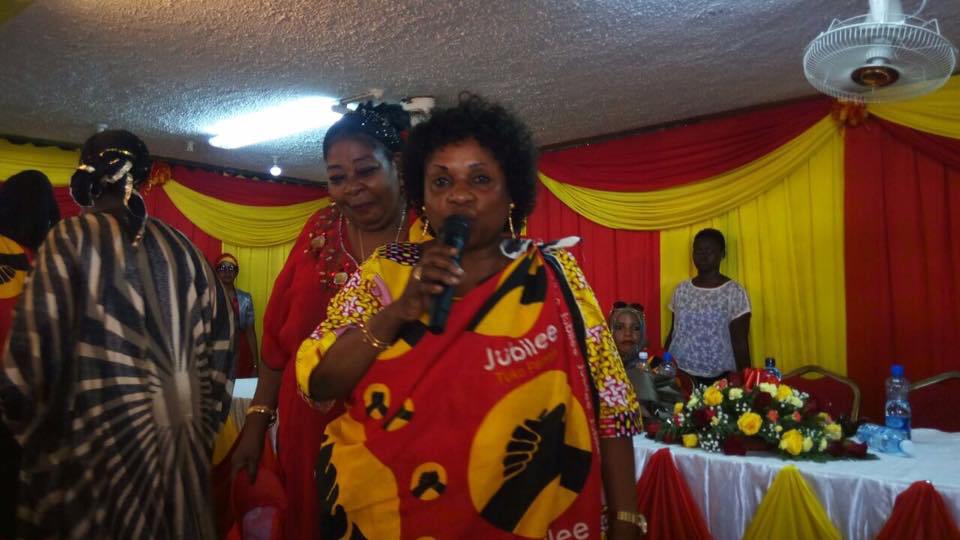 Speaking in Mombasa, Ms Katana says she will vie for the Mombasa senatorial seat in the General election.

Ms Katana who broke into tears few minutes upon her defection, said it took her nearly a year to dump ODM.

She further dismissed claims that she was given money ’brown envelop’ to join the ruling party.

Ms Katana insisted she wanted to be part of jubilee’s development ajenda.

‘When I want to contest for a political seat it must not be opposition’she said.

She also talked about bad blood between her and Governor Ali Hassan Joho saying she changed residence thrice for security reasons after she fell out with Joho.

Ms Katana was welcomed to the jubilee party by nominated Nairobi women rep Rachel Shebesh and her Kwale counterpart Zainab Chizudga and hundreds of women supporters in Mombasa County.

She also said she had ditched to jubilee with all her supporters and they will support re election of President Kenyatta.

Meanwhile Nominated senator Mbura, has told off the opposition telling it to expect more defections a head of President Kenyatta visit to the coast next week.

‘We are playing our card well in Mombasa and come next week, Cord will be shocked as many will ditch it to jubilee’she said.