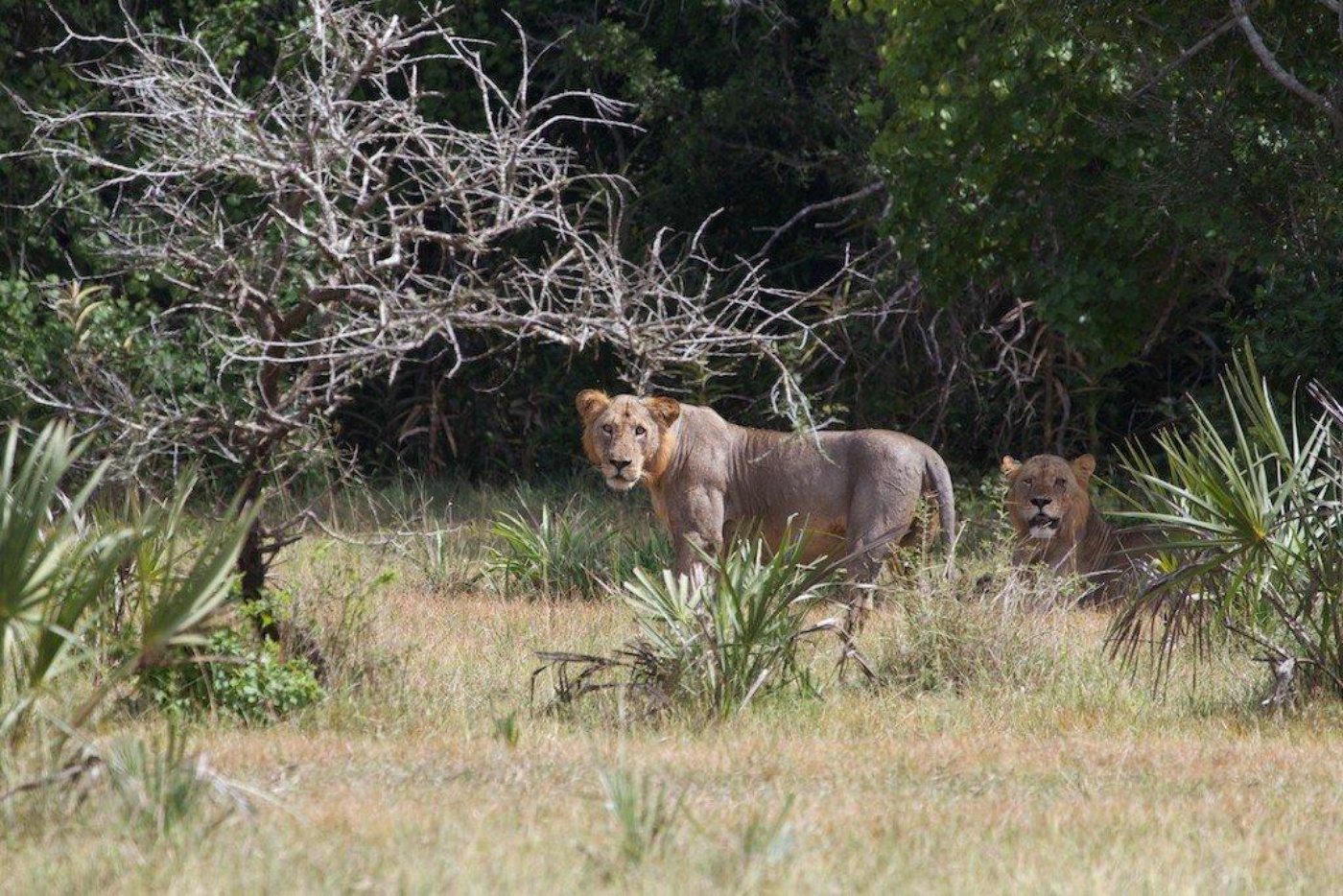 Residents of Hindi,Sheemgambo, Bargoni, Bobo, Ndeu, Pandanguo and Lake Amu villages have expressed fear that the wild animals roaming in the villages and farmlands might soon start attacking them.

Since the drought started,wild animals and mainly buffaloes,lions,hippos and baboons have fled their habitats in search of food and water in areas closer to human settlements.

Residents have complained that it has become difficult for them to carry out farming since the hungry animals have been destroying farmlands.

They have called on the Kenya Wildlife Service-KWS in Lamu to find ways of containing the wild animals are now disrupting livelihoods and economic activities in the affected areas.

“Our children don’t go to school;there are buffaloes roaming this whole village all the time,we keep inside our homes almost all the time. We only venture out when we have to go find some food,KWS ought to do something soon,” said Shariff Ahmed of Ndeu village.

However,Lamu KWS commander Jacob Orale said many of the dams,swamps,lakes and rivers that were being used by wild animals have all dried up due to the drought.

Orale said as such the wild animals are now helpless and many have since resorted to roaming villages in search of food and water.

He has also urged locals to desist from establishing residence closer to wildlife habitats in order to avoid any casualties.

Orale also said the careless clearing of forests in many parts of Lamu has also greatly contributed to the increased human/wildlife conflicts.