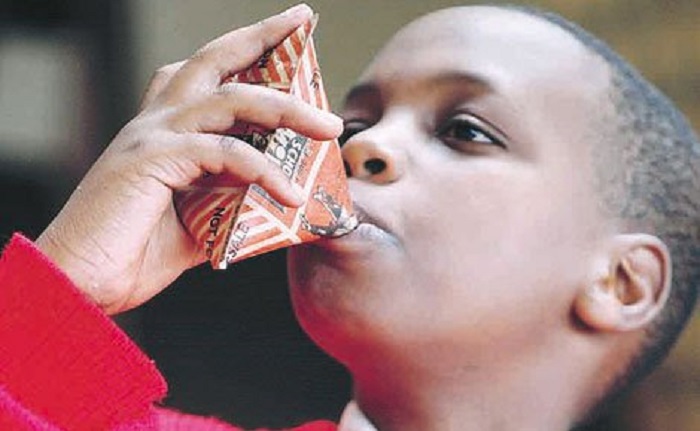 The program is set to be launched this month and is expected to be carried out in the entire county.

Addressing the public during a baraza at Kikambala on Thursday, Kilifi county Governor Amason Kingi said the program is in its final stages.

He said the program will reduce the numbers of pupils dropping out of school hence improving the education standards that have been reportedly deteriorating every year.

“We all know that ECD is the foundation of education and should we intend to improve in education we must strengthen it,” said Governor Kingi.

“As a result, my government is in the final stages of introducing milk to ECD pupils and we are now awaiting the supplier to supply the milk for our children. This would improve the health status of our children as milk has micro-nutrients which are essential for growth both physically and mentally.” Added Kingi.

Governor Kingi expressed his amazement over the low education standards in Kilifi County, pointing a finger to the national government over the unpromising infrastructure in public schools.

He said the education standards in the County would not be same again should the national government commit itself accordingly to it.

“You have all seen the infrastructure in the public schools, totally unpromising,” said Kingi.

“Our pupils and students sit on the floor and others even learn under trees, meaning during rainy season learning ceases. How do we expect high performances like other schools if the schools have no books?” added Kingi.

“We have seen many children drop out of school due to lack of school fees,” said Muhiddin.

“I think this would reduce if we (parents) would embrace family planning which enables us to plan better for our children and avoid the dependence on bursaries and scholarships from well-wishers and county government,” she added.