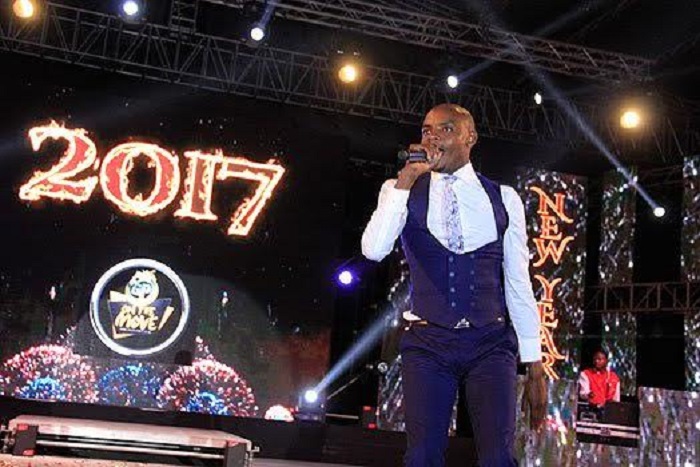 Gospel artists in Kenya had been the talk for 2016 as Kenyans roasted them on social media for their controversial hits.

However this year 2017, they seem to have taken a new direction as Gospel artiste Jimmy Gaits took showoff to a new level during the recent  ‘Groove Party’ concert in Nakuru.

In the middle of his performance, the ‘Huratiti’ hit maker almost brought chaos between his fans and the security guards as he called fans on stage.

The chosen few stood on stage amazed as the security guards struggled to keep the rest of the crowd calm.

Jimmy surprised every one when he announced that he had called the few to appreciate them for supporting him in his gospel industry.

He dug into his pockets and gave each fan sh. 20,000 as the crowd cheered.

The “Yesu Ndiye Sponsor” singer who gave powerful performances also threw his watch to the crowd.

Go to the next page to see how the fans reacted.