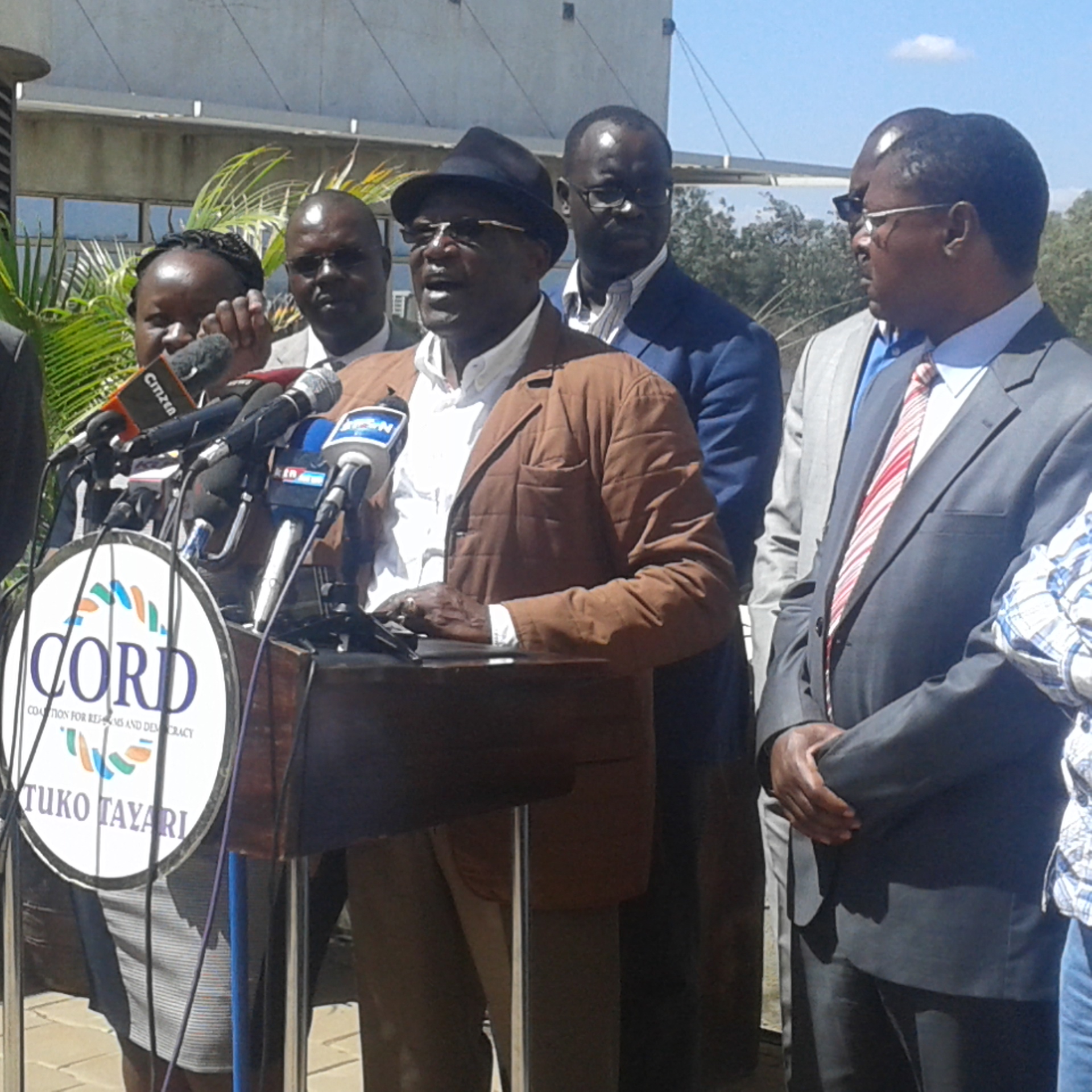 Nairobi,KENYA:Coalition for reforms and democracy CORD is set to hold a meeting on 11 January 2017 to lay down strategies on the next course of action after senate passed the controversial election amendment laws.

The top leadership, all elected leaders and aspirants in the coalition will attend the meeting.

In a media briefing in Nairobi on Friday, CORD co principals Kalonzo Musyoka and Moses Wetangula said that the meeting will be held at Bomas of Kenya and it will entail Mps, MCA’s, Women representatives and all opposition aspirants.

He said the meeting will deliberate on what they call betrayal of the people by Jubilee and ensure 2017 elections will be free and fair.

The meeting will take place amid senate’s passage of controversial electoral laws that allows manual system to be used as a back up in the 2017 general elections.

The principals, accused senate speaker Ekwe Ethuro for allowing some Jubilee senators to vote and yet are ineligible.

The senators whom they allege that are not supposed to vote were nominated senator Naisula Lesuda (Jubilee) and Hosea Ochwang.

“Jubilee committed a great betrayal on the people of Kenya last night in the same way it did last month in the National Assembly .Jubilee has disowned what was initially a bipartisan a agreement that pulled us from the brink,” Said the principals.

“We are asking our competitors and friends in CORD coalition to be gracious. When you are defeated not to be agitated,” Said Kindiki.

“26 counties voted to support the amendment bill against 10 counties that opposed the changes even with that differential law that was passed should not be a jubilee law.”He added

Murkomen warned the opposition to stop threatening Kenyans whenever it is defeated in any voting exercise urging them to accept defeat.